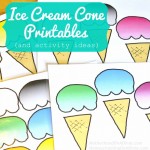 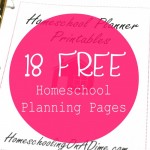 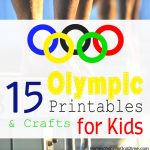 This summer, we will be doing quite a few science experiments.  During the school year, we were a little lax on our experimenting, but I know the girls really love them, so I’m trying to make it up to them!

I wanted a way to keep track of the experiments we did, so I decided to design a printable scientific method worksheet to record and document them.  There are slight variations on the wording and exactly how the “scientific method” works, so I’ll share our steps. 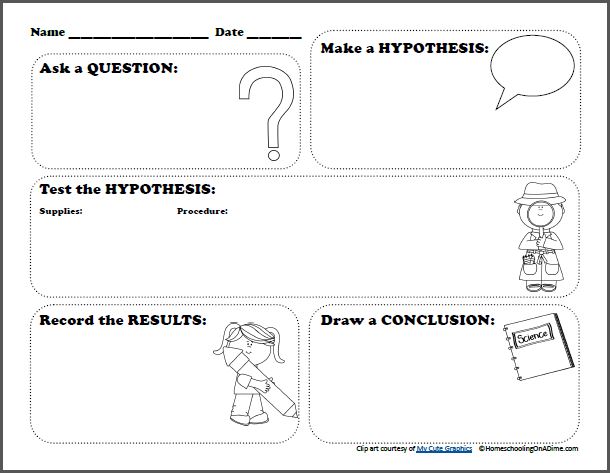 1)  Ask a Question:  If you already have an experiment in mind, begin by piquing interest with a question.  Otherwise, you can do some research on a particular subject and record a question you want to answer.

2)  Make a Hypothesis:  Merriam-Webster defines hypothesis as “an idea or theory that is not proven but that leads to further study or discussion”.  After you ask a question, have your child form a hypothesis to predict what they think will happen.

3)  Test the Hypothesis:  This is where you get to design the experiment and actually complete it.  You’ll want to record what supplies you use and the procedure (or steps) you follow in the experiment.

4)  Record the Results:  Write or draw a picture to show what happened in the experiment.

5)  Draw a Conclusion:  Figure out if your experiment supported your hypothesis.

previous post: Saturday Savings: FREE Shipping + 15% Off at VeggieTales This Weekendnext post: Why Homeschool? Here are a Few of Our Reasons….

Stacie Nelson is the creator of HomeschoolingOnADime.com and MotherhoodOnADime.com. She is passionate about encouraging moms and giving them creative, yet simple, activities to do with their children. A bargain-hunter by nature, she enjoys sharing deals and freebies.

She also loves extra dark chocolate, jogging, writing, cooking dairy and gluten-free, and attempting to declutter her book-filled rooms. Faith and family are her top priorities, and she seeks to encourage others to live life on purpose.

This site uses Akismet to reduce spam. Learn how your comment data is processed.

I’m Stacie! Mom to three girls, wife to my college sweetheart, former elementary teacher turned homeschool mom, mess-maker extraordinaire (I’m working on that…), bargain-hunter, and lover of all things chocolate! I’m learning to simplify my life — while keeping my creative side intact. Faith & family are my top priorities, and I love encouraging moms to live life intentionally and with purpose.

Sign up for weekly email updates and get my free printable homeschool planner!

Sign up below to join my eNewsletter
Grab my free homeschool planner pages + more freebies throughout the year!